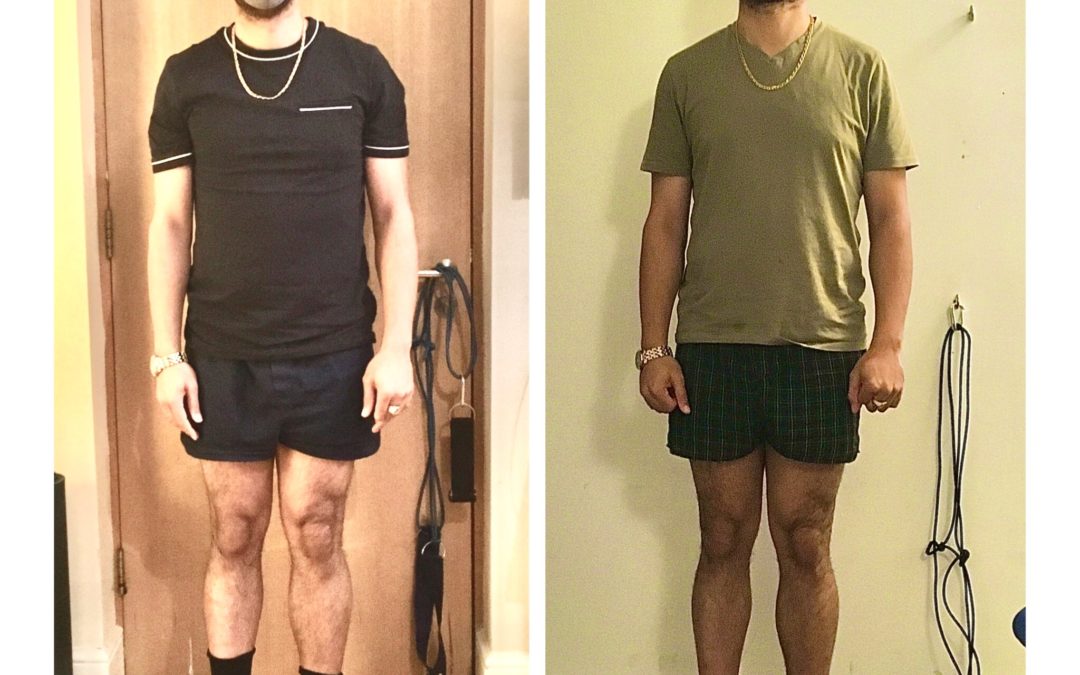 Segun called me to ask if I could help him with his back pain. He’s studying an engineering degree and all of his lectures are online and he’s having a flare-up from a past injury. I book him in for the next appointment which is a week away. I talk him through the diaphragm release over the phone. He says it’s a bit better but he’s in pain and just wants it to be gone. I promise that I will do my best but there are no guarantees. He tells me that he’s a sceptic anyway and was only calling me because his sister had advised him to. I ask him to send me a brief history of his injuries before his appointment.

Just a quick breakdown of my medical history so, a car crash in 2006 followed by complete loss of power from the waist down on the right leg, with loss of sensation on the left leg up to the rib cage/stomach area but still maintaining power to the left leg.

This led to loss of bowel control and bladder control which I’ve slowly regained over the years but not fully for the bowel. Did some rehabilitation in the hospital learning how to walk again etc and they discharged me and that was that. I hope this information will be helpful.

He tells me that after the car crash he walked away with minor cuts and bruises. Two weeks after the crash he awoke with back pain and the loss of power and sensation from his limbs, bladder and bowel. He was hospitalised for a 6 week period where they discovered L3,  L4 and L5 prolapses, and amongst other things, a copper deficiency. Throughout his rehab the copper deficiency became the main focus of his treatment and a Thesis was written for Trinity University Dublin. After 6 weeks of intense rehab, Segun progressed from the wheelchair to walking with crutches. He discharged himself from hospital but continued treatment as an outpatient.

Over the next few months the feeling returned in his left leg, prior to this he had maintained power but lost all sensory feeling resulting in him being unable to feel hot, cold or pain. The right leg never regained strength or power. The next few years he learned to control his bladder again but not fully his bowel and he often dragged his right leg when he walked  During our session he shared that he was unsure about telling me about his bowel issues because that always makes therapists wary. He says he is sick of therapists and the medical profession in general. I let him vent for a bit then ask what he wanted from his session. We are clear, relief from his back pain.

He was wearing a knee brace. I ask him to remove it and he tells me that he relies on it for walking. I noticed his left leg is noticeably bigger than the right.

As he turns, his right knee hyperextends and collapses into the left leg. He can’t weight-bear on the right for long periods.  While he’s standing, and just for the craic (an Irish thing) I test his lateral slings. He had nothing, I could have blown him over. He’s perplexed by this. As he’s studying mechanical engineering I talked about tensegrity/ biotensegrity in relation to his body being like an unstable building.  On the table I couldn’t test his compensation pattern because his back was too painful. His left leg held the psoas test but it didn’t feel right. It just locked, I could swing from but I knew it wasn’t his psoas that was holding him.

Diaphragm and Zone 1: I work slowly, mindfully, spending time with breath, taking my time to feel his tissue. Much of his abdominal area was rigid and not from doing abs training… never felt anything quite like it before. While I worked he added more info to his story.

Zone 2. The thoracolumbar lumbar fascia and the tissue around his PSIS was so thick I had to release it layer by layer. I sing him a song about the nervous system. C3,4,5 Keeps your diaphragm alive S2,3 and 4. Keeps your shite off the floor. He likes it!

On the 2nd hamstring test the right side held, so I retested his right glute and oh my! HUGE improvement. The first test was a weak 2/10 this one was strong 6/10 I put him in the Butt Bungi.

Walking Assessment 3:  I catch this on video. From my perspective the sound is different, he’s not dragging his leg. He turns and I notice that  his knee doesn’t seem to hyperextend as much. I ask him how he feels. He can feel his right leg. He says, “I always have to tell it to lift or it will drag, and now, I’m still telling it to lift but it’s not heavy.”  His shoulders feel loose. Meanwhile back in Bev-land, I’m trying my hardest not to jump up and down. I don’t want to distract him or influence him in what he’s feeling.

He was shocked, happy, angry. He vented again. Hospitals, consultants, therapists, copper studies, they all missed it. He says. “I kept telling them that there was something they were missing.” I share with him that BeActivated is new in the grand scheme of the world of therapy. It hasn’t made it into the medical profession yet but cases like his will help us to get there.

I ended the session there with some daily activations and balance drills and I asked him to book a follow up. The next morning I received this email.

Can’t thank you enough you definitely sparked something in my right leg last night. I was bouncing around the sitting room with confidence when I got home. Still feeling a lot of pain in the L3/L4/L5 area but the confidence in the right leg is unbelievable.  I haven’t felt it in years, I’m ready to hit the gym now. I’ll follow up on the exercises on the email you’ve sent and try to make an appointment in your clinic in the next 7-10 days as you said.

Thanks again, I really appreciate the help.

10 days later Segun is in my clinic.  He announces that his bowel function, feel, control everything is better. I’m so excited I could hug him but Covid prevents that so I just dance inside. He’s holding both psoas test and glutes. I progress this session to zone 3 leg, abs and slings, and after this he’s walking strong. His turns are smooth and he can bear weight and balance on his right leg.  He couldn’t do this on the 1st consultation.

The following weekend he calls me to tell me that he’s shattered after doing hours of manual labour on his house and garden, his back is sore again but the leg is still going strong. The added pictures are from his first and second session

I can hardly wait for our next session. I am humbled on a daily basis by the power of the body and how BeActivated consistently brings integrity and congruence back to a confused system. For Segun it is with great appreciation that he found beActivated through me and that he got to feel his leg after 14 year of his brain not knowing where it was.  I can’t help but wonder how different it would be for people like him if BeActivated was used in every spinal rehab programme and orthopedic / pre and post surgical treatment .