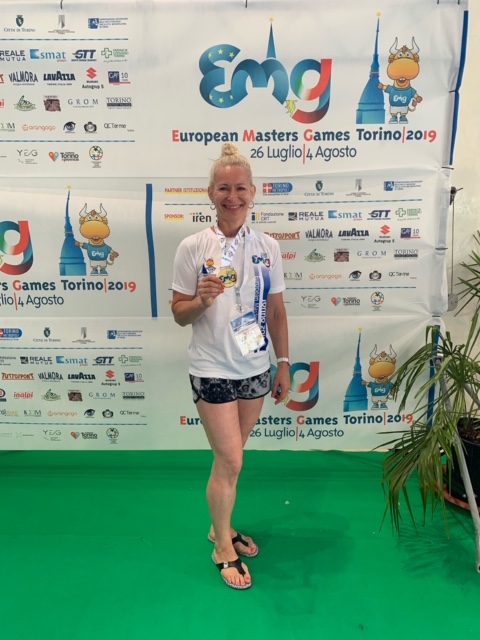 My journey with BeActivated began in 2018. All my life I was involved in swimming at a high level. I was a multiple national champion and record holder and I still continue competing as a Master at a world level. I also coached for 15 years and my swimmers were in a Lithuanian National team. Strength was always my natural ability and very often I was wondering why some people can’t do certain moves and struggle to perform certain tasks. After arriving in Ireland, I qualified as a Pilates Instructor and a yoga teacher. However, after doing many Pilates and yoga workshops and courses, the question “Why” was still there. My massage therapist Javi and my colleague Mark mentioned to me on different occasions about the BeActivated course and Douglas Heel. I watched some videos on YouTube first and decided to sign up for Level 1  without any expectations. I was just curious. The course started with an introduction of the participants. It was fascinating to watch Doug asking different and right questions in order to understand everyone better as a part of the course. After the first day, I realized that I hit the jackpot and found that missing link – the complex integration between mind and body! The second day of the course flew by very fast, even though it lasted 10 hours. After I was activated for the first time, I felt light and everything around me looked brighter. But the best of all, I got that emotional release, that “dropping down the staircase” and I felt that everything will be OK. The release was very subtle but I felt it! It felt like there is a light at the end of the tunnel. Both of my parents passed away in 2018 and it was a very stressful year. I knew that I was grieving and I was just thinking that I would have to live with that pain all my life. It looked like everything was fine from the outside but it felt empty inside. Death is a great teacher. It actually gives meaning to life. However, you may understand that in your head but when you don’t feel it in your heart, nothing is going change. A coherence between both is vital. Be Activated gave me that push to a journey of self-discovery. It didn’t happen immediately after the course but rather gradually. I just felt that there is hope. It is whenever you place your attention is where you place your energy, the moment you become aware of the unified field, your attention expands it. Well, as an extra bonus to the emotional release of the activations, the physical part was also awesome. It helped me to prepare and compete better, and to win a few gold medals! I’m very grateful to learn that amazing technique from Doug. I find him the most talented and inspiring human being! Thank you, Doug!